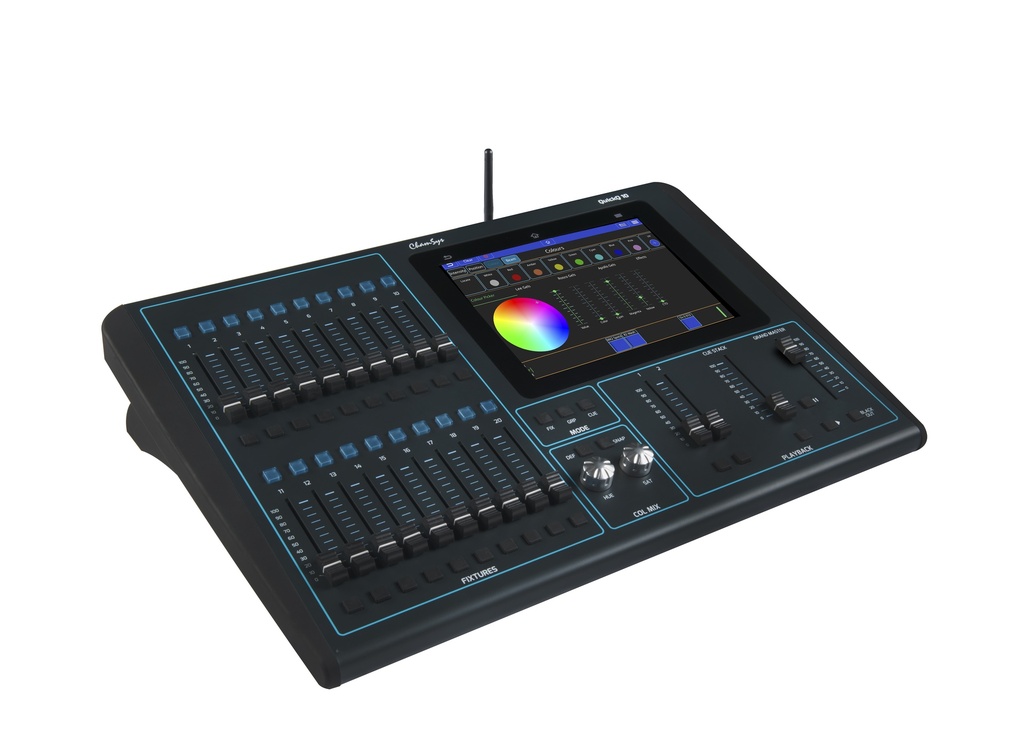 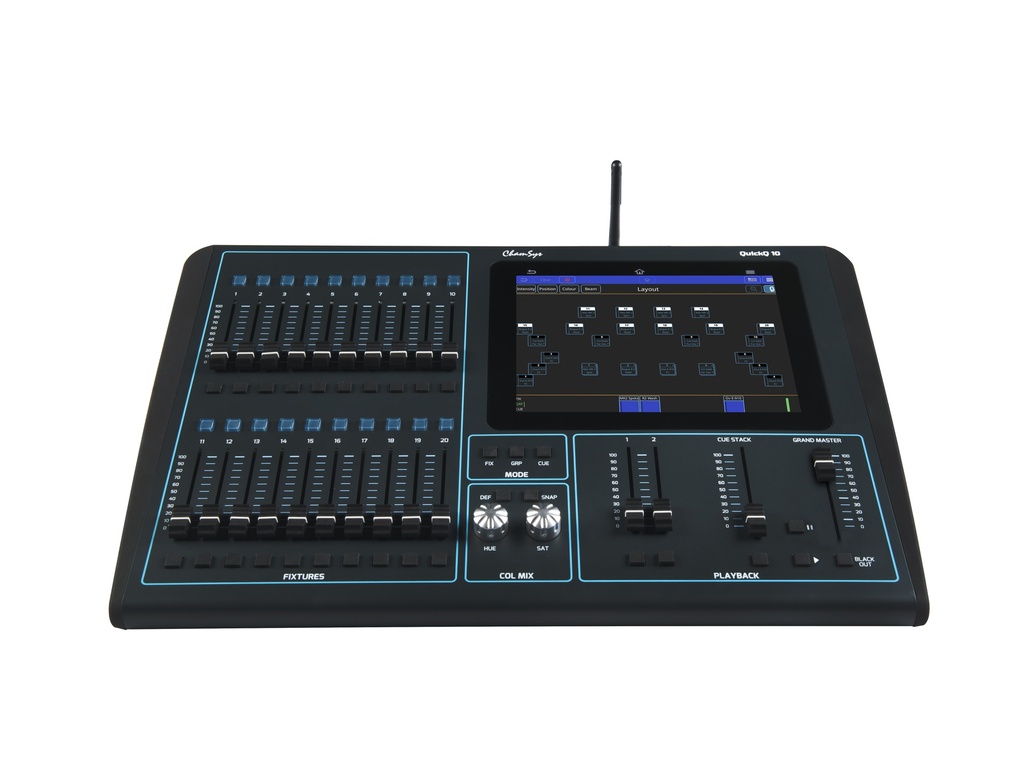 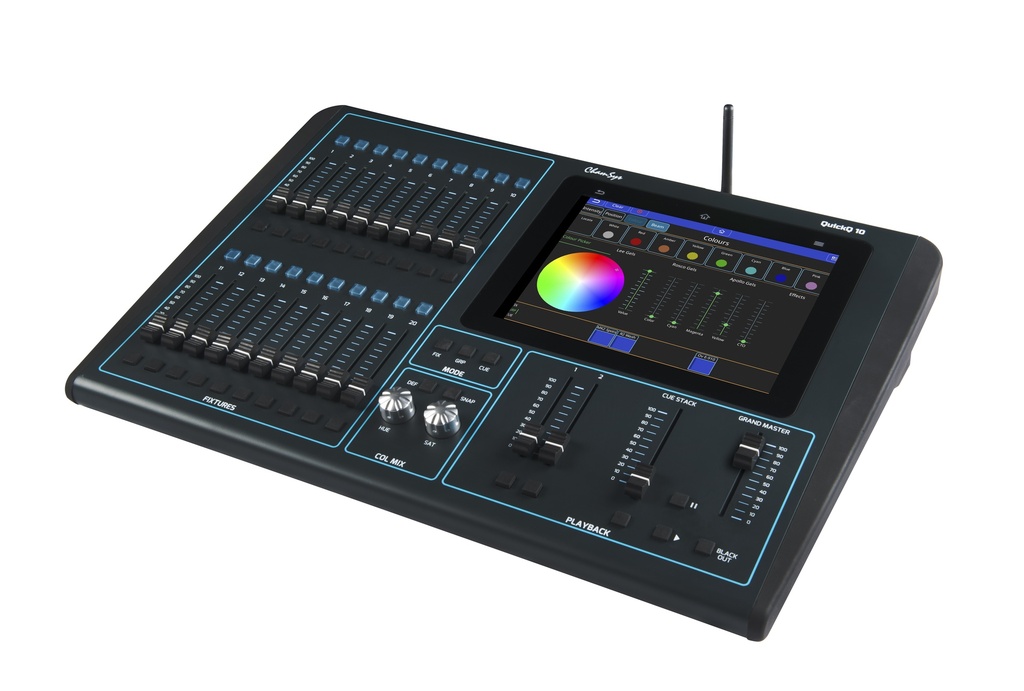 QuickQ 10 is part of ChamSys QuickQ range of user friendly and affordable lighting control consoles. The QuickQ 10 is the perfect choice console for control of dimmer and LED colour mixing fixtures. The console features a large 9.7 inch touch screen utilising a smart phone like interface for setup, programming and playback of your show.

The console can automatically detect and patch RDM compliant fixtures and features in-built WIFI enabling remote connection to the free QuickQ app available on iOS, Andoid and Windows tablets and phones. Easily connect the app by simply scanning the QR code on the console display.

The console has easy-to-understand buttons and faders, simple colour selection and intensity control tools, a large touch screen with zooming and scrolling at your fingertips, as well as a simple cue/chase system for playback. Specifically aimed at the novice user, the QuickQ interface easily leads you through setup, programming and operation of the console.

The console has a free to download offline programming software available for Mac and Windows. You can program your show on your computer, save it onto a flash drive and load it onto the QuickQ console.

QuickQ shows are compatible can be loaded onto any MagicQ system allowing future progression onto ChamSys more advanced MagicQ range of consoles.