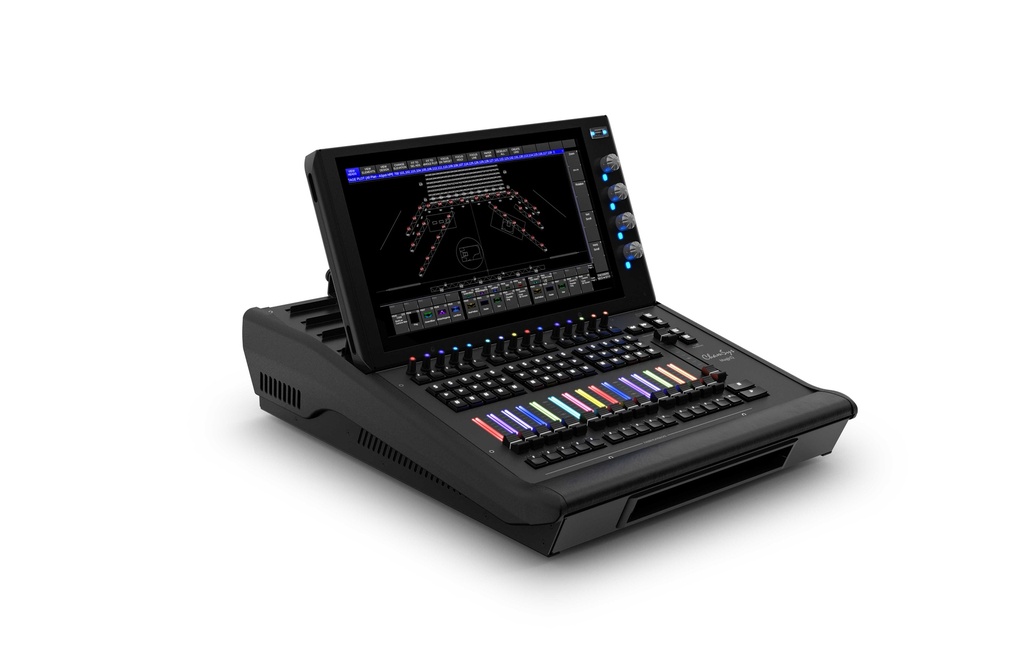 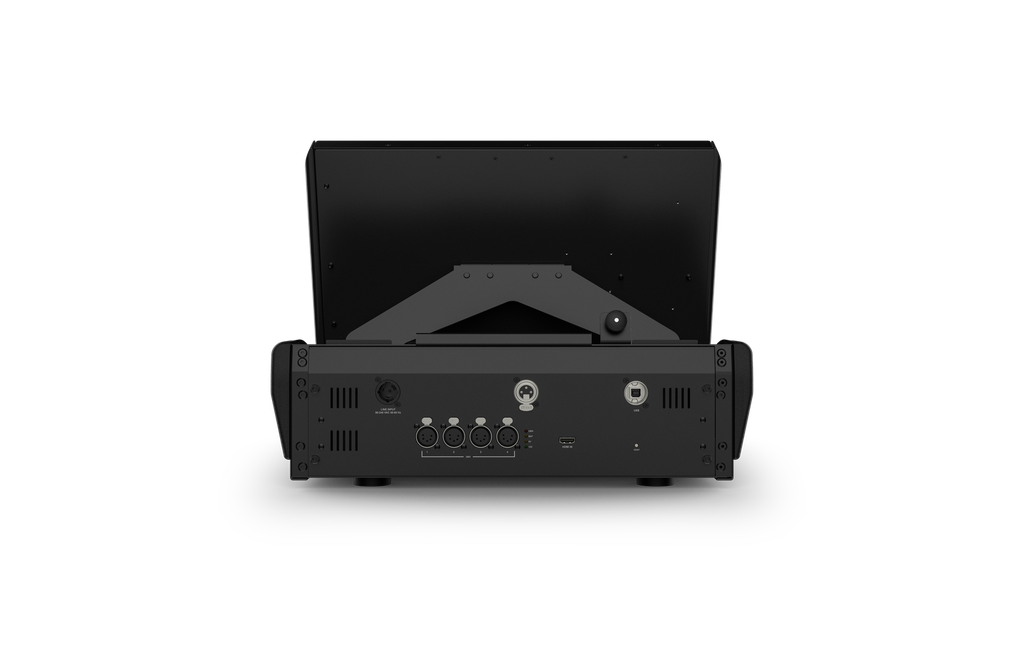 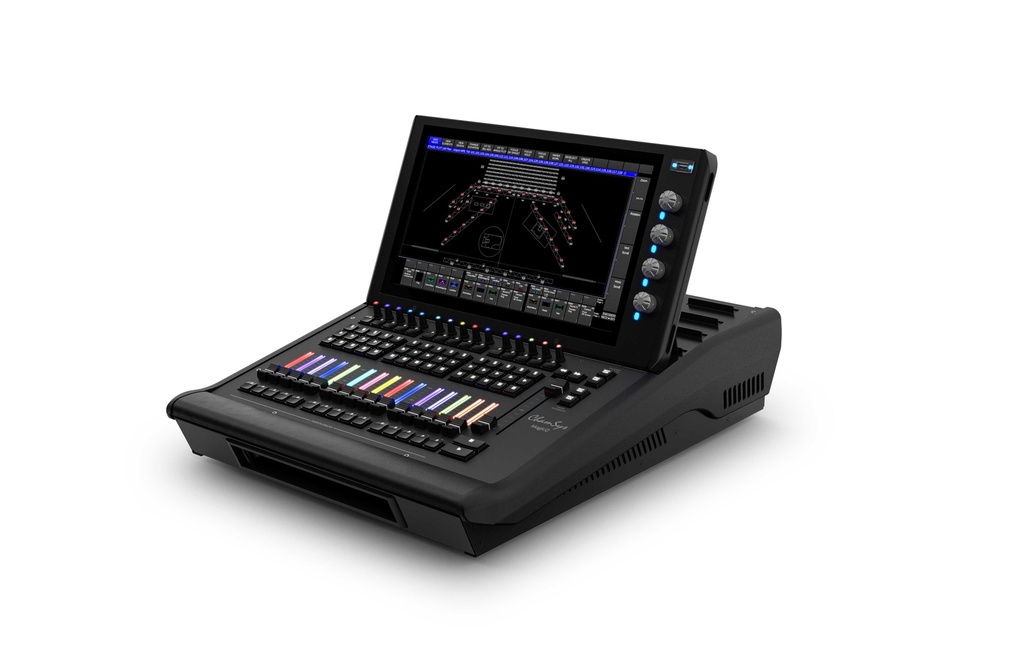 Thanks to its motorised function, the playback section can be used for multiple purposes with shortcut buttons to change the function. With 15 motorised faders and 15 playback encoders per bank, and up to six banks, a total of 180 playbacks can be accessed at the touch of a button.

In keeping with its versatile design, MagicQ MQ500M supports many different fader modes enabling the playback section to be used in a wide variety of applications.

The master modes provide instant master control of individual fixtures or groups of fixtures without having to pre-program masters - ideal for those live moments when lights are flaring in cameras or key lights need modifying.

The dual 100mm crossfade faders are fully motorised and together with the prominently placed large GO and BACK buttons provide the ultimate theatre control experience.

Playback encoders can control cue stacks of their own, or be tied to the fader playback below, or even control a whole bank of playbacks, or a whole page of playbacks.

The MQ500M Stadium Wing lights the way with backlit keys, illuminated fader tracks and encoders, and glowing pockets. Together with the new updated graphics this takes MagicQ to a whole new level of customisation giving Lighting Designers freedom to visibly configure the console for their needs.

Each playback fader track & playback encoder top has full RGB illumination enabling its function to be clearly indicated. Users can select standard functions or customise each Cue Stack individually - for example to separate the main cues from bump cues.

ChamSys and their distributors carry out a quick and simple procedure to fit an additional power supply and replace the front panel. A new operating system disc gives increased show and media capacity and enables use of up to 256 universes.

The existing chassis, displays and rear panel are retained so customers can continue to use their existing flight cases.

In a similar way, the existing Stadium Wing can also be upgraded with a new front panel to give motorised faders, playback encoders and illumination.